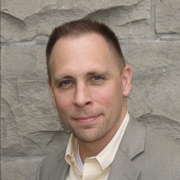 DCJ recently spoke with William Terrill, Associate Professor in the School of Criminal Justice at Michigan State University. His research centers on police behavior, with an emphasis on police use of force policies and practices. He has published numerous scholarly articles, chapters, and reports, as well as two books entitled Police Coercion: Application of the Force Continuum (2001, LFB Scholarly Publishing) and Police Culture: Adapting to the Strains of the Job(2013, Carolina Academic Press).

When I was in the Air Force in the mid-1980’s I had the good fortune to be selected as a military police officer out of basic training. I originally undertook my training at a joint police academy with half the class Air Force and the other half Marines; I then went on to more specialized training geared toward wartime activities (i.e., air base ground defense). I had no idea what I was getting into, but quickly realized that I enjoyed the occupation, if not the military experience. Perhaps somewhat surprisingly, the role of a military police officer was very similar to municipal policing. Officers were assigned to patrol the military base seeking to prevent and control crime, and would make traffic stops and respond to calls ranging from minor disturbances to major crimes (i.e., robbery, aggravated assault, etc.). The primary difference at that time was that newly minted officers had to also work the main base gates as entry guards, as well as the flight line as security specialists.

Describe your transition from that line of work into your current role in academia and shaping policy.

After getting out of the Air Force in the late 1980’s I went to Penn State University to work on my Bachelor’s degree. During my senior year I had an internship with the Pennsylvania State Police at their headquarters in Harrisburg. Much to my disappointment I was assigned to work in the research and planning division. To say the least, the last thing I wanted was to work in the office. I wanted to work out on the street riding with officers, getting a feel for what it was like to be a state trooper and fighting crime. Instead, I was charged with undertaking a statewide survey measuring citizen satisfaction. It was during this time, however, that I began to appreciate the “research process” and found out that I was pretty good at it. Moreover, the troopers that worked in the office began to explain some of the pragmatic realities of being a trooper working the streets: things like shift work, directing traffic for hours after accidents during snowstorms, and working the rural lonely parts of the state. They noted that the adrenaline and motivation I had for chasing “bad guys” at the age of 26 would probably change as the years went on, as would normal life course events like getting married and having children. Moreover, they noted that policing involves much more than crime fighting. As one trooper stated, policing is about “patience and paperwork.” These experiences ultimately lead me to apply to graduate school, where I attended Rutgers University for my Master and Doctoral degrees.

Your studies and publications focus heavily on community policing and police use of force, notably your book Police Coercion. Can you discuss your research in these areas?

My research on the police has spanned dozens of agencies over the years, with the vast majority of it focusing on police use of force and culture. Some of the more important discoveries involving police coercion are as follows. First, excessive force is very rare in most police agencies. In fact, police officers often use less (not more) force within the framework of a force continuum structure (i.e., a policy framework used by 80% of the police departments in the United States). In a related manner, police officers actually appreciate and value the use of administrative force policy. They do not want carte blanche to engage in coercive acts as they see fit, but rather organizational policy guidance and direction as to when and when not to use varying types of forceful tactics. Second, officers with more extensive complaint histories often engage in forceful behavior more readily, but are also more likely to engage with, and question, law breakers. Hence, the former bolsters an argument for the use of Early Warning Systems (EWS) as a means to identify “problem” officers, while the latter suggests such officers may be more appropriately labeled “productive” officers. Third, female and male officers generally rely on similar types of force in the course of their duties. If there are any remaining notions that female officers shy away from using force, such a viewpoint is simply not supported empirically as a collective whole. Fourth, more educated and experienced officers are less likely to use higher levels of force. Such a finding suggests requiring a college education for new recruits and the manner in which patrol officers are assigned based on experience levels. Fifth, officers are more likely to use forceful means in areas characterized by high levels of socioeconomic disadvantage and crime, irrespective of suspect behavior at the police-suspect encounter level, suggesting the need for emphasizing departmental values and accountability to the law.  Sixth, although the use of Tasers has been widely incorporated across law enforcement, such devices are not a panacea – despite the claims of some. While the use of such a weapon (in comparison to using other tactical options – e.g., baton, chemical spray, or physical hands on force) reduces the odds of injury to police officers, it increases the odds of injury to citizens. As a result, police managers must grapple with the trade-off of balancing citizen injuries with officer injuries.

Finally, an increasing amount of my work (with a new book upcoming this Fall from Carolina Academic Press) has centered on police culture, long considered an important element within the policing world. Several key findings have been uncovered. First, officers who most closely align with “traditional” cultural values (e.g., peer group loyalty, social isolation, perceptions of danger, etc.) are more likely to both search citizens and use higher levels of force, which suggests that previous reports of a universally shared police culture may have been overstated. Second, the officer workgroup (i.e., officers working together in the same squad, on the same shift, in the same precinct) serves as salient organizational entity that structures interaction patterns and exposes officers to similar features of their work environments, which results in similarity in outlooks within workgroups, but cultural variation across workgroups. Thus, this “mid-level” within an organization matters to the extent to which culture is shared. Third, police officers widely share some cultural elements, but differ in others. For example, a large majority of police officers adhere to the notion that crime fighting and loyalty are important cultural features, yet differ substantially with regard to their views toward citizen suspiciousness and top management.

You have taught at notable criminal justice programs including Northeastern University, and Michigan State University; can you describe your teaching experiences and the courses you enjoy most?

I have taught many courses over the years (I believe 14 different ones). At the undergraduate level my favorite course is the introductory policing class. Many students taking this course want to go into policing so it’s often enjoyable to discuss the nuts and bolts of policing with them. I generally enjoy graduate level courses because the students are usually more motivated and interested compared to the average undergraduate student. The PhD level policing seminar is my favorite course as it usually involves just a handful of students, whereby we simply sit around for three hours each week and delve into policing issues beyond the surface level. I think I get just as much out of these discussions as the students get out of them. It’s a two-way learning environment.

What advice can you lend our readers who may be present or future criminal justice students?

I would say that “empiricism” is an underlying theme in all my courses as I attempt to draw the student from primarily relying on opinion to relying on the evidence at hand. Moreover, I try to emphasize the importance of improving their verbal and written communication skills via class discussions, presentations, and written assignments. While students can get frustrated with such a heavy workload at times, I found that such skill development is crucial to future success.

In addition to coercion and culture, my work has recently included research projects locally in Flint, Michigan and San Juan, Puerto Rico. The Flint project included having students do 100 eight-hour ride-alongs with patrol officers, observing the manner in which officers went about their policing duties. The added value here is that I was able to train numerous graduate students on the use of Systematic Social Observation (SSO), thereby continuing a tradition passed on to me by the likes of Al Reiss Jr., an early pioneer in the use of SSO. Second, a new project involves applying violence prevention strategies as part of the Project Safe Neighborhoods San Juan, Puerto Rico initiative. Here I’m working with a multi-agency team of federal, state and local agencies, by drawing on the problem-solving process to systematically identify, assess, implement, and evaluate implemented strategies in the research site. The intent is for this project to stand as a model for future efforts.

Any final points that you wish to make about your areas of practice, or for criminal justice students/ practitioners?

I can say that some of my good friends over the years have been students of mine at some point. I enjoy seeing their success and keeping in touch with them as they do well in the world. Nearly everywhere I travel there is a former student working as a local police officer, or state police officer, or a federal agent. They help keep me grounded as to current operational tactics and policies and I help keep them grounded with respect to the latest “evidence” of what works and what doesn’t from a scientific