Is a Career in Corrections Right for You? 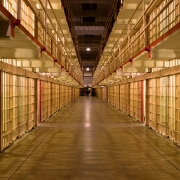 Corrections in its broadest sense describes all restrictions that the government imposes on people who commit crimes: incarceration in jails or prisons, placement under formal supervision programs such as probation and parole, rehabilitation and diversion programs, halfway houses and group homes, and the like.

Because corrections includes such a broad range of activities, and our criminal court system produces many criminal convictions each year, there are a lot of people working in the field, performing a broad range of jobs that come with a broad range of educational requirements and salaries. That by itself is a good reason to consider whether it’s the right field for you.

If you are contemplating working in corrections, you should be aware of two trends:

Where the Corrections Jobs Are

The number of Americans in prisons and jails was estimated to be over 1.7 million at the end of 2008 (128,524 of them in privately run institutions).

What the Corrections Jobs Are

The vast majority of corrections jobs are in prisons, jails, probation programs, and parole programs. Within each of those forms of correction, there are jobs ranging from those who directly guard or transport prisoners to those who supervise other guards, from professional level counselors to administrators and clerical support.

Probation officers generally need a bachelor’s degree at the entry level. Correctional officers often need only a high school diploma at the base entry level, but academic credentials become important if you hope to advance up the ranks to a supervisory or management position.